For more than 30 years, the university in the twin city of Frankfurt-Słubice is a place where Europe is very much alive. Academics and students are working together to address issues of importance of future Europe. It is committed to an interdisciplinary approach, both in its research and in its degree programmes. 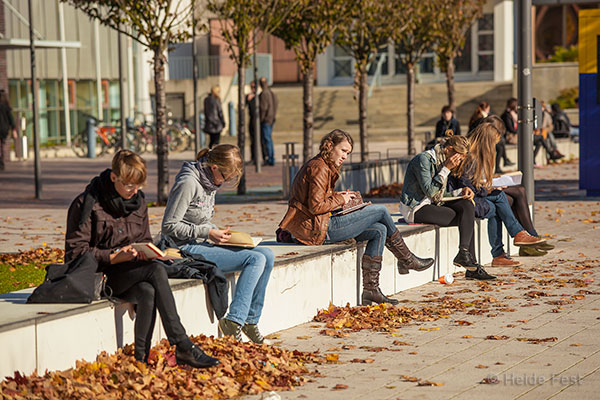 Internationality is Viadrina’s life blood and the university reaches out far beyond the European region. Around 5,000 students from more than 100 countries have come to study here. Learning to appreciate different perspectives is vital at Viadrina.

Viadrina builds bridges – not only across the Oder by forming numerous intensive partnerships with universities and institutes in Poland but also by reaching out to Central and Eastern Europe as well as to France. It has more than 250 partner universities worldwide. At the same time, Viadrina is anchored in Frankfurt (Oder) and regards itself as a partner for the region, promoting entrepreneurial spirit and cultural life.

Viadrina is open to the new challenges in Europe and ready for change while remaining true to itself. In doing so, it remains true to its core: a university that is geographically located in the heart of Europe and that is fundamentally European in character.