In our interview, Ms. Weber discusses central aspects of her book and presents ideas on how to support researchers as well as doctoral and postdoctoral candidates. We are grateful for the contribution!

Your book „Der Pakt. Stalin, Hitler und die Geschichte einer mörderischen Allianz 1939-1941“, published in 2019, has gained considerable attention in academia as well as in the media. Could you summarize the central insights of your research?

The primary aim of my book was to examine the history of the German-Soviet Alliance from 1939 to 1941. It is widely known that the “Third Reich” and the Soviet Union came into World War II as allies due to the Hitler-Stalin Pact. However, the numerous connections and entanglements of this alliance, from joint resettlements to the cooperation of violent actors of the NKVD and the SS, are barely known to a wider audience. It was my goal to change this, and to throw a special spotlight on the first two years of World War II. One central insight, among others, is the mutual conditionality of violent action on both sides. To name an example: in the early summer of 1940, the Soviet Union deported a large number of Jewish and Polish refugees to the interior of the country after an agreed-upon German-Soviet refugee exchange had largely failed. I wanted to point out these interdependencies. I was also immensely surprised by how strongly National Socialist actors oriented themselves by the resettlement practices of the Stalinist NKVD and even praised them.

In your opinion, what causes the great attention for your work?

I think the fact that I focused on precisely this cooperation, additionally embedding it in the historical context of German-Soviet relations after World War I. From this perspective, the Hitler-Stalin Pact loses the scandalous character oftentimes ascribed to it. There are certainly many books about the Pact mostly limited to describing the immediate diplomatic antecedents and the negotiations of August 1939. Afterwards, the history was once again conceived as separated: either the German or the Soviet occupation policy, either Hitler’s “blitzkriegs” in Western Europe or the Stalinization of the Baltic Region. Then, it proceeded quickly to August 22, 1941; the day the “Third Reich” attacked the Soviet Union and both dictatorships became bitter enemies at war. I was interested precisely in the 22 months in between, in their practice, operationalization, and interactions. This, for many, is a new approach. I am delighted by the great interest.

At the Viadrina, we would of course wish for more success stories like this one. In your opinion, what can the university do to better support researchers?

There are certainly several possibilities, although my skepticism regarding incentive programs has rather grown over the years. Research funds cannot cause academic curiosity and passion for writing, but they can help to create a productive work environment. If I could make a wish, it would be, for example, the possibility of an additional research sabbatical in the final period of the writing process. In addition, I would wish for a broader acceptance of the fact that science and research are sometimes wonderfully lonesome affairs, which need a lot of thought, freedom, and tranquility. I feel there is too little of this in the general rush of imperatives provided by science policy, prompting us to permanently network and write grant proposals. I sometimes get the impression that good science and research are measured in the fulfilment of target figures. I do not understand this relation.

Doctoral and postdoctoral researchers nowadays must assert themselves in a highly competitive environment. Do you have some advice for early career researchers at the Viadrina when it comes to meaningful career planning?

Precisely not to lose your passion for thought to the deadlines of imperatives and requirements. I know that young researchers are expected to fulfil certain criteria for applications, e.g. regarding the acquisition of research grants. At the same time, I observe, among colleagues, a growing desire for novel hypotheses and contradictory arguments. This can also leave an impression; after all, nobody likes to be bored. I also believe that new media offer many opportunities to acquire renown early on. Internet forums such as “Zeitgeschichte. Online”, based in Potsdam, or “Geschichte der Gegenwart” from Zurich are, in my field, excellent places to acquire broader visibility for you and your research.

Thank you very much for answering our questions. 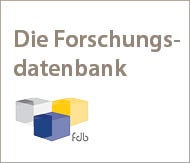