The call for contributions to authors' workshop and special issue 'Covid crisis discourse' is open until 23 October. Blogpost proposals in form of a 100 words abstract can be sent to kutter@europa-uni.de. Alle Infos gibt's hier.

In the latest post on our IFES Covid-19 Blog, IFES research assistant Anna Lalla writes on strategies and motives in European vaccine ad campaigns (in German).

Many of our events are available for viewing on the Viadrina Media Portal. Click here to access the IFES channel of the media portal. The lectures of the lecture series: Life and Death at the European Borders are available here.

The Viadrina Institute for European Studies carries out interdisciplinary research on social, political and cultural figurations in Europe and in its global entanglements. The focus lies on historic and present processes of Europeanisation, including its inherent ambivalences. The IFES aims at providing new impulses for the reflection about Europe and at establishing a critical perspective within the field of European Studies.

The exploration of ruptures, contradictions, and transformation processes in a globally entangled Europe addresses three main sets of questions:

(1) questions of belonging or inclusion and exclusion of individuals, groups or states in the context of European integration processes,

(3) on questions about the limits and possibilities of sustainability in the capitalism of the 21st century (in cooperation with the Viadrina Economics and Law Schools).

A certain regional focus lies on East and Central Europe, which are looked at in its European and transnational context and interrelations.

The aim at the IFES is to integrate these questions in the academic and public debates about Europe and the EU in past and present, including Europe’s colonial history and its aftermath, offering a sharper look at Europeanisation and critically engage with Eurocentrism. The cultural sphere is regarded as one where the meaning and ascribed values of and about Europe are negotiated.

The research topics range from institutional aspects of the European Union through those involving social agents, practices, discourses, and meanings in, from, and about Europe in the present and in the past. 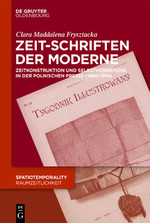