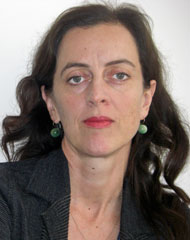 this year, together with colleagues from the University of Potsdam and the Forum Transregionale Studien in Berlin, you successfully acquired funding from the Federal Ministry of Education and Research (BMBF) for the large-scale research project “European Times (EUTIM)”. Could you briefly summarize the contents of this project?

The project “European Times – A Transregional Approach to the Societies of Central and Eastern Europe (EUTIM)” is funded in the program line “Area Studies” of the BMBF. It addresses narratives and orders of knowledge in Europe marked by temporal heterogeneity. First, proceeding from different experiences in the societies of Central and Eastern Europe, we inquire how old and new, East and West, tradition and innovation, culture and politics, etc., are being conceptualized respectively. In the first year, we thus concentrated on specific scientific cultures in the 20th century and examined temporally shifted processes of reception as well as imaginations of a scientific avantgarde. Next year, the “small cultures”, as a Central European concept, will be in the center of attention, and in 2023, we will examine the differences between the concepts of Internationalism and Cosmopolitism. Generally, we examine cultural phenomena of asynchronicity with regard to the dynamics of De-Europeanization or Europeanization. Hence, in our historical inquiries, we proceed from contemporary problems, such as attitudes towards migration.
​The project has two structural focal points. First, together with the researchers from the participating institutions and the associated project fellows, we aim to generate new insights into the dynamics of European developments, the involved actors, and their situatedness. Second, the project, in which two research group leaders and six doctoral researchers are involved, concentrates on the advancement and networking of early career researchers.
Personally, I also find it important that we take a look at the field of East European Studies 30 years after the end of the Cold War, generating new theories, terms, and approaches better suited to describe certain developments in Central and Eastern Europe for the present time. However, we also hope that we will in the future be able to overcome the strict East-West dichotomy which has been governing research for 70 years. At the last conference, especially the perspective on the interwar period already revealed many common reference points in scientific theory, which, however, took effect at very different times.

In your opinion, what are the reasons behind the success of your project proposal?

A little bit of luck is always involved when it comes to proposals. However, the success of EUTIM is probably based on the fact that it brings together a new methodical approach and a contemporary societal challenge in Europe: the pertinent, but scientifically still new term “asynchronicity” (Ungleichzeitigkeit) is applied to existing European fault lines between East and West. Beyond that, the location at Frankfurt was important: a project about Central and Eastern Europe is located ideally at the Viadrina, and thus addressed the funding line “Area Studies” in a special manner. We were, however, especially glad about the decision of the BMBF since interest in “Eastern Europe” cannot be taken for granted anymore at most funding institutions, which currently prefer to fund projects in the realm of the North-South-Axis (“Global South”). This shift in funding interests is difficult for us as a university with a specific founding mission. At the same time, looking at an issue such as Belarus and migration, we can easily see how interlinked such issues can be today. Further important positive points were certainly the project’s focus on graduate research: most funds go into the advancement of early career researchers pursuing their doctorates or habilitations in a field which is clearly shrinking and having recruitment problems. We thus also tried to include current postdocs and colleagues from the Viadrina. And I think we’ve created a forum in which, coming from either Slavic Studies, East European Studies, or migration research, you can exchange views about very specific topics among knowledgeable peers.
Lastly, as researchers and scientific communicators from three funded locations (Viadrina, University of Potsdam, Forum Transregionale Studien in Berlin), we complemented each other well, and this is not the first project which we have initiated together. We have a high level of credibility in our cooperation - I would representatively name the common project in the 2019 framework “Kleine Fächer”, funded by the German Rectors’ Conference, or the research project “Prisma Ukraina”, located at the Forum and initiated by Andrii Portnov.

At the Viadrina, we would of course wish for more success stories like this. What can the university do, in your opinion, to better support researchers in this respect?

My advice would be more structural planning for larger projects. This would not require more funds, just time and reflection. This suggestion won’t find favor with everyone, as we love individual research at the professorships due to our structure, and since the faculties conduct research quite differently. In my opinion, however, money and support for single persons are not sufficient to move beyond individual funding and short-term successes. In order to make third-party funding more sustainable, we have to plan more strategically, as the market of incentives will not regulate this by itself. We can only reach visibility in research through larger projects, joint projects, or prestigious funding lines. One example for this strategy: if we could reflect jointly which funding programs are suitable for the Viadrina, we will already have taken a first step. We should not leave this entirely to chance.
However, I am generally very thankful for the support from the Office of Research and Graduate Education. At the Faculty of Social and Cultural Sciences, we have established additional smaller research structures, leaving only few gaps. The accounting of large projects remains a challenge deterring some, but I think that a lot has happened with the incentives and the support over the last years.
I might add a word about interdisciplinarity, which is always a sort of magic word in the context of our individual research. I am somewhat more sober with regard to interdisciplinary research, as too advanced and venturous projects don’t have it easy, in my experience. Interdisciplinary or even transdisciplinary projects only stand a chance at all in very few proposal formats, as the review process is mostly still disciplinary and only summarizes reviews. A good mixture of established and innovative, of disciplinary and interdisciplinary perspectives convinces most reviewers more than projects with a completely radical approach. Venturous thinking is maybe still easier without proposals in the Social Sciences and the Humanities, even though there are funding lines aimed at the “uncommon” or the “not-yet-known”. It is, in any case, of the utmost importance to have detailed knowledge of funding institutions, funding structures, reviewers, and their funding interests, respectively. You have to know who the reviewers are, from which funds the money is coming, which phases of the review process there are, etc. Here, we still need more information.

Early career researchers must assert themselves in an increasingly competitive environment today. Do you have any advice for researchers in the qualification period at the Viadrina in terms of career planning?

Apart from the usual advice about networking, mentoring, continuous participation in conferences, a deliberate publishing strategy or consciousness of methods and theories, my advice for early career researchers would be to not only orient themselves at their own university, but to take a look at the general standing of their academic discipline, especially at full-scale universities (Volluniversitäten). Here, one should really try to get an overview and to reflect one’s position in the field of study in order to ascertain one’s own strengths and weaknesses.
Another piece of advice would be to pay careful attention to the differences between the logic of research and the logic of institutions, especially at German-speaking universities. The self-administration at public universities we have here constitutes a difference from many academic cultures. A subject lauded in a research proposal or a stringent, but rather narrow focus on individual research topics can all of a sudden constitute an obstacle for applications. The topic might be too exotic for the new institute, or one does not have enough experience for the breadth of teaching obligations. In research, we look for a colleague with daring thoughts and a great method, but for professorship appointments, we often search for someone who can also hold a standard seminar in the subject, gives an overview lecture every term, persistently helps in committees, or has contacts to professional associations. Project culture often obstructs a clear view on the manifold requirements of professorship appointments.

Thank you very much for answering our questions.